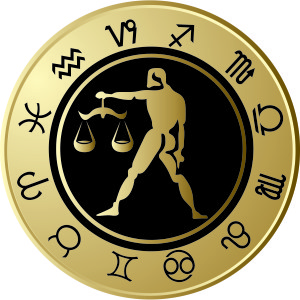 Sparks ignite
Flames turn hot
Scorching hot
But what would you expect from two dragons?

Zachary Marston, dragon shifter, hasn't done a whole lot of shifting lately. Nope, he spends his time buried in law books as he presides over Superior Court in Denver. He's convinced himself things are great, but his dragon has other ideas. His bondmate is a tough adversary. After it threatens to abandon him, Zachary gives in and agrees to a meeting with a few other shifters. Maybe he can help out—before returning to his cushy courtroom.
Chloe's always longed for a bondmate of her own. After her twin brother links with a lion, she ups the ante, casting every spell she can think of, but none of them work. Even the smoking-hot dragon shifter who crosses her path can't ease the sting of remaining mateless.
Vampires are gaining strength, draining mage magic to augment their own. Shifters and mages—the good ones—have to mobilize fast. Libra to his bones, Zachary slings words Chloe's way, but she's a Leo and not intimidated by anyone. They're an unlikely pairing, but destiny won't be denied. Like it or not, a shifter's mate is in the stars. 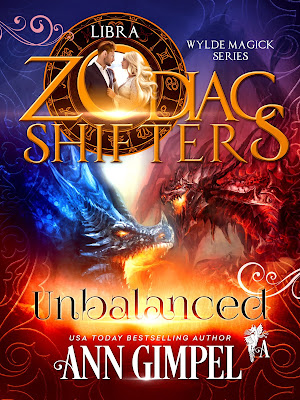 https://www.anngimpel.com/?portfolio=unbalanced-wylde-magick-book-three (all buy links can be found on the landing page)

Steamy excerpt:
They lay panting and gasping for long moments.
He slithered up her body and kissed her long and deep. She returned the kiss, loving how she tasted on his lips. Zachary broke the kiss, offering a sexy grin. “That position you took? The one where you were on all fours?”
She nodded, matching his grin—and his desire—with her own. “Yeah. Why?”
“Now might be a good time for it.” He furled one red brow, regarding her.
“Guess you weren’t kidding about us never getting out of bed.”
“I never joke about what’s truly important.” He drew away, offering her space. “On your knees, my mate, my heart.”
“How could I refuse?” She rolled onto all fours and arched her back, ready when he slammed into her. Even though he was gentle compared with when they were dragons, this was rough and tumble sex.
Just the way she liked it.
He drove into her hard and fast, and she met him with every stroke. When he reached around, taking a breast in one hand and rubbing her clit with the other, she shrieked her delight and hoped to hell no one was close enough to the third floor to overhear them.
They might be newly mated, but discretion never went out of style.
He stopped moving long enough to rock back and forth, maintaining just enough friction to delight her while he rubbed her nub in small, tight circles. Another climax seeded itself from her last one, and she melted around him, totally ceding control to her mate.
He teased her, loved her, brought her close, and backed her off. The next time when she was panting and heaving and doing everything she could to get him to move faster, goddammit, he finally did. The cock she lusted after took her, plumbing her to her core. She couldn’t see him behind her, but she felt his hunger catch fire and willed him to come right along with her.
Magic shimmered around them, his mingled with hers as he made love with her. Her climax, so elusive because he’d held her back from cresting, ripped through her. She was still riding the waves when he juddered inside her, setting off a whole new orgasm.
They ground and strained against each other until the spasms died to ripples. She sank to the bed on her belly, and he turned them onto their sides, still glued to her body with his cock inside.
Warm breath laved her, along with steam, no doubt a gift from his dragon. Steam puffed from her mouth too. Happy little bursts from her very contented bondmate.
“I love you, lassie.” His voice buzzed near her ear. “I vow to care for you, protect you. Our children too, if the world ever settles enough for us to have any.”
She wanted to look at him, so she untangled herself from his body and turned onto her other side. Cradling his face in a hand, she said, “I love you too. We’ll figure this out. Even if we have to pick off every single vampire one by one, we’re bound to reach a place there aren’t any more.”
A wistful smile painted his face. “I don’t want to talk about vampires or evil or darkness. Not today. ’Tis our mating day. Can we banish the darkness until tomorrow?”
“Of course.” It was more than fine with her. She’d like to banish vampires to a distant spot where she never had to think about them ever again.

About the Author (goes here)
Ann Gimpel is a USA Today bestselling author. A lifelong aficionado of the unusual, she began writing speculative fiction a few years ago. Since then her short fiction has appeared in several webzines and anthologies. Her longer books run the gamut from urban fantasy to paranormal romance. Once upon a time, she nurtured clients. Now she nurtures dark, gritty fantasy stories that push hard against reality. When she’s not writing, she’s in the backcountry getting down and dirty with her camera. She’s published over sixty books to date, with several more planned for 2018 and beyond. A husband, grown children, grandchildren, and wolf hybrids round out her family.
Keep up with her at www.anngimpel.com or http://anngimpel.blogspot.com
If you enjoyed what you read, get in line for special offers and pre-release special reads. Newsletter Signup!