My MORNING AFTER PUMPKIN WAFFLES

Nearly every book I write involves food in some way or fashion. Some in slight ways some because a meal effected me so greatly I have to give it a staring role. This happened with Roosevelt beans when I was rafting on the Snake River. And they ended up along with the chef in Infiltrating her Pack.  I would like to say the same to Pumpkin Waffles but I have to admit to just loving pumpkin. So although there are Waffles in my story The Billionaire Trap they aren't Pumpkin... #sorrynotsorry 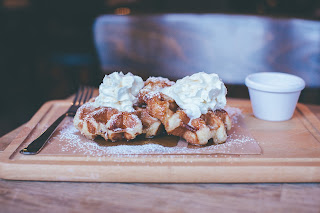 Preheat waffle Iron
In large bowl mix your dry ingredients. In a second bowl mix in your wet *except pumpkin*  once you have it mixed well you can add the pumpkin.
Combine your wet and dry ingredients until just smooth.
Spray hot waffle iron and follow iron instructions.
Top with Pecans. Whipped Cream, and/or Maple Syrup 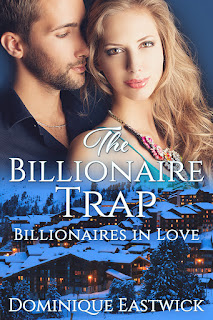 Billionaire Connor Rankin has only two things on his mind—food and skiing. A beautiful set of hazel eyes make Connor change his priorities. The young woman in question is in trouble, so he has no choice but to help out.

What’s a woman to do when her sister is left heartbroken and jilted?

Level headed, human lie detector Breanne Scott is going to make sure her sister’s boyfriend pays, but Connor isn’t what she expected. How do you know what’s true when everyone is telling a different story?

Can they negotiate a field of lies and deceit to find love on the other side of The Billionaire Trap?