150 Years of ALICE by Chris Pavesic


2015 marks the 150th Publication Anniversary of Alice’s Adventures in Wonderland. The story itself originates in 1862 when a girl named Alice Liddell and her two sisters rowed from Folly Bridge, Oxford, to Godstow with Lewis Carroll (Charles Dodgson) and his clerical friend, Robinson Duckworth. During this journey the girls were told the first version of the story to keep them entertained. Later the work was expanded and published in the version we now know and love.

For me, the character of Alice has always been a remarkable one in childhood literature. She displays an inner strength in every situation, no matter how bizarre it may be (and in Wonderland the situations are never normal!). In an interview for ScreenCrave, Tim Burton explains his attraction to the character of Alice:


It’s a story about somebody using this kind of imagery and this kind of world to figure out problems and things in their own life, and what’s fantasy and reality and dreams and reality — how they are not separate things, that they’re one thing. It’s how we use those things to deal with our issues in life.

For example, when she falls through the earth, Alice does not react with terror. She thinks, she talks to herself, and she analyzes what is actually happening and what may happen in the future. Even though it is a bizarre situation, Alice deals with it in a logical way:


'I wonder if I shall fall right through the earth! How funny it'll seem to come out among the people that walk with their heads downward! The Antipathies, I think--' (she was rather glad there WAS no one listening, this time, as it didn't sound at all the right word) '--but I shall have to ask them what the name of the country is, you know. Please, Ma'am, is this New Zealand or Australia?' (and she tried to curtsey as she spoke--fancy curtseying as you're falling through the air! Do you think you could manage it?) 'And what an ignorant little girl she'll think me for asking! No, it'll never do to ask: perhaps I shall see it written up somewhere.'

Alice retains this quality throughout the novel and its sequel. She is curious, logical, and prepared to give as good as she gets in arguments. It doesn’t matter if Alice speaks to a caterpillar, a rabbit, a footman, a grinning cat, or a queen; she works to make sense and to analyze the situation.
It is this type of boldness that attracted me to the character and the tone I tried to emulate in my story, Wonderland, which is based on parts of both Alice’s Adventures in Wonderland and Through the Looking Glass. Wonderland is set in a version of modern-day America, but still maintains the fearlessness, strength, and curiosity of the original character. One reviewer on Amazon.com writes:


Chris Pavesic’s Wonderland is set in the U.S. and references modern events. You will see all of the characters that you know and love from Carroll’s work, but they are in relatable forms for those of us “across the pond.” For example, the Tea Party takes place at a sorority house during pledge week. The dormouse is a pledge from a near-by fraternity who has overindulged in alcohol. One of his “brothers” has used a Sharpie marker to draw a mouse nose and whiskers on his face.

There have been many versions of Alice’s story through the years, including (but not limited to) the Disney animated version, the Resident Evil franchise, and the most recent version by Tim Burton. The character of Alice has appeared in many different television programs, including Warehouse 13. The images of Alice and her Wonderland compatriots appear almost everywhere on household goods, clothing, and technology.
Artists have taken inspiration from the works to produce vivid and beautiful interpretations of the characters and the world. For example, the “Alice in Wonderland” works are considered to be one of the rarest and most sought after Salvador Dali suites. If you are interested in attending an event celebrating anniversary of this, please check out the following information at the Lewis Carroll website. The site lists 95 events in 11 countries. For a free copy of Alice’s Adventures in Wonderland, check out the Project Gutenberg edition online. Here is a brief introduction to Wonderland, the latest fantasy book by Chris Pavesic. Enjoy! 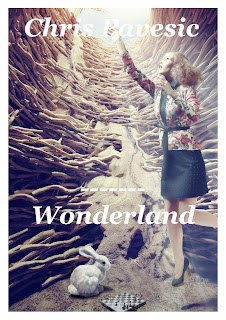 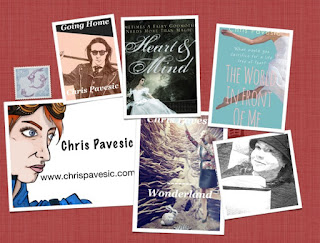 Read excerpts from all of the books written by Chris Pavesic on Amazon. 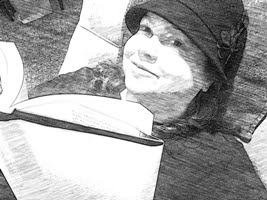 Chris Pavesic is a fantasy author who lives in the Midwestern United States and loves Kona coffee, steampunk, fairy tales, and all types of speculative fiction. Between writing projects, Chris can most often be found reading, gaming, gardening, working on an endless list of DIY household projects, or hanging out with friends. Learn more about Chris on her website. Stay connected on Facebook and Twitter.
Alice in Wonderland Chris Pavesic new release Woncerland