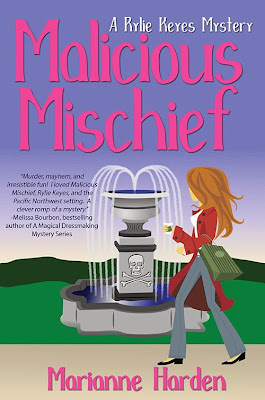 Is it strange to have the unemployment office on speed dial? Not for twenty-four-year-old college dropout Rylie Keyes. However, her current job at a small retirement home is worlds more important than all her past gigs. Fact is, if she loses this job, she’ll fail to stop the forced sale of her grandfather’s home, a modest lakeside bungalow that has been in the family for ages. But to keep her job she needs to figure out the truth behind the death of a senior citizen found murdered in her care.

The victim was thought to be a penniless man with a silly grudge against Rylie. However, his enemies will do whatever it takes to keep their part in his murder secret.

Forced to dust off the PI training she must keep hidden from her ex-detective grandfather, Rylie has to juggle the attentions of two very sexy, very different cops who both arouse and fluster her at the same time. And as she trudges through the case, she has no idea that along the way she just might win, or lose, a little piece of her heart.

The author is giving away a Nook HD to one winner tour-wide.


Rafflecopter to be provided later by Entangled.


I love making people laugh. True, I should probably spend time on an analyst’s couch, but I’d rather spill loads of fun into my books. I’m rarely at a loss for words, which is wicked cool for a writer. And it would be poppycock to say I didn’t laze away my wonder years dreaming of far-off places.


Over the years, I’ve traversed the insanely fun back roads of Australia and New Zealand, trekked the wildly exotic landscapes of Asia and Africa, soaked up the blistering Caribbean sun, survived bitter Arctic cold to witness the Northern Lights, and lost a wee bit of my heart to the awesomeness of Europe.


My goals in life are simple: do more good than harm and someday master the do-not-mess-with-me look. I roost in Washington State with my husband and our two children.


I took off in a run, the fire swelling around me in a wide circle. As I drew near, Zach recovered enough to fish out the fire extinguisher from among the trash bags. He stumbled back, pulled the safety pin, and squeezed the handle. The force threw him to the ground.


I tried to grab the extinguisher but he fought me off. “Get the hell out of here.”


I tried again. This time I managed a better grip and yanked it free. Budding raindrops had me scanning the sky as I smothered the fire with dry foam. I barely took in the wet against my skin as the rain swelled to a downpour. Then out the tail of my eye, I saw something unbelievable: Zach shaking with laughter. I blinked, turned. His eyes were glued to my backside.


My mind was already shrieking when I twisted for a glimpse. The fire had left my skirt a no-show over my ass, and the scarcity of my pink thong made it a shiny moonbeam.


Zach climbed to his feet, shrugged off his jacket, and tied the sleeves around my waist.


“Could this morning get any worse?” I asked, sighing.


Bad thing, questioning fate. I heard a loud gasp. My lifting gaze tracked Solo’s raised and pointing finger as he drew near in hurried steps. A hairy forearm hung out of the van. By the age spots, I knew it was a senior, almost certainly male. A round scar, silver dollar size and ugly, marred the back of his hand. It was familiar, yet no other thoughts gelled together.


Zach rushed to the van. Solo froze, his finger still suspended. My head filled with a boatload of promises to God as Zach lifted the man’s limp wrist. I started praying big time, pondering and zeroing  in on my worst habit. I mumbled bargaining words about not screwing up at work for a day, maybe two days if the G-man needed a bigger carrot. Please don’t let the guy be dead.


Zach shook his head, pushed aside the trash bags, and leaned in. “He’s an old dude, small and bald. He has a mustache and white beard. And he’s very dead.”


My mind clicked. A Nazi bullet had caused the scar. “It’s Otto Weiner, isn’t it?”


“The Jewish guy from FoY?” Zach asked. “The one who wears the beanie?”


“He isn’t wearing one now, but it’s him. It looks like he suffocated. A plastic bag is taped over his head.”


I stared blindly at the ground. I heard a squeak like a chew toy and cut my gaze to Solo. His eyes were bright like doppelganger comets.


“I’ve heard baking soda helps, or rubbing alcohol.” Not only could I not bring myself to believe Otto Weiner was dead in the van, but I was babbling like a stooge.


Solo wagged his finger. “Rylie, this is bad, really bad. What if they think you did it because of that fight?”


I sucked in air; it froze in my throat.


I inched my eyes his way. “I might have once.”


My ears rang so loud they ached. “Otto Weiner.” 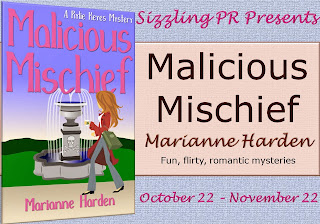