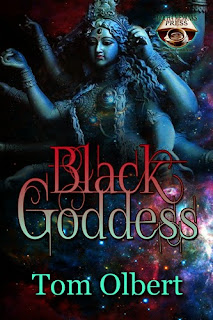 Thank you for coming to chat with us today. Why do you think Tom Olbert choose you to represent him?

I could care less.  I’ve got bigger things on my mind right now than that idiot.

I started out as a fairly typical American boy.  My mom died of cancer when I was a kid, so my dad pretty much raised me.  I think I would’ve been better off still-born, to be honest.  Yeah, morbid, I know.  But, my dad murdered three college kids (one a pregnant girl), on account of, they were driving drunk and killed his best friend.  So, there I am, with my army unit, operating a drone in Afghanistan when dear old dad sends his last farewell on streaming video from death row…basically telling me to stop sniveling and man up.  (Swell guy, Pop.)  Well, I didn’t in time, I guess, since I mishandled the controls and accidentally killed fifteen civilians.  One of their surviving relatives, a teenaged girl then tried to kill me, killing seven other guys by mistake…I think you get the picture.  Overall, I’m not the luckiest guy that ever walked.

After that, I just wanted answers.  Don’t we all?  So, I volunteered for an illegal physics experiment that regressed me to raw, gaseous matter and projected me backward through time, all the way back to the Big Bang.  And, after that, things got weird.  But, I met this really fantastic girl in college and…well, let’s just say things didn’t exactly turn out as expected.  ‘Aint love grand?

Depends on how you look at it.  I was reborn at the moment of the Big Bang, so I guess that makes me 15 billion years old, give or take.

Where do you live?

Well, technically, I don’t anymore.  I mean…I’m outside of time and space as you understand it, so I don’t really live.  Maybe, I used to.  Maybe, I will.  I’m still figuring this out.

What do you wish people would know about you?

I did my best.  I really did.  I conceived a daughter with the woman I love, so that’s something.  I’m sorry I can’t be there for them.  Not in the usual way, I mean.

What music do you listen too?

I used to listen to Simon and Garfunkel.  My dad said that was pansy stuff, so I pretty much stopped listening to music.  (Did I mention Pop was a swell guy?)  Now, I listen to the vibrations of the universe.  That’s hard to explain.

Look for me in your dreams, or nightmares.  If you have occasion to stare into the sun or into a nuclear explosion (neither of which I’d recommend) I’ll be there.

Where have we seen you before?

In the night sky, maybe.  In a flicker of starlight.  Or, maybe in a particle collider, if you’re into that sort of thing.

What is your perfect evening?

They’re all pretty much the same now.  Well, now and again, I can almost reach my ex and my daughter from the dimension I’m in now.  I can occasionally feel their love for each other, so that’s something.

Is there anything you wish Tom Olbert had kept his mouth shut about?

Do you feel you were portrayed fairly?

I guess.  That’s the problem.

Tell us about Lark Jeffries.   What drew you to her?

Ah, Lark.  She was light.  She was hope.  She’s better than this sorry world deserves, in my opinion.  I thought I’d given up on just about everything when I met her.  Like thinking you’re dead, and suddenly there’s a crack of light leaking into the coffin, and suddenly you have a future.  She was way out of my league, mind you.  I don’t know why she bothered with me.  But, I just couldn’t stay away from her.  I tried, for her own good.  But, there was something bigger at work, I guess.

I explode galaxies.  I combine matter and antimatter.  I accelerate particles beyond the speed of light.  I collapse stars into black holes.  Are you serious?

I’ve stood face-to-face with the goddess Kali.  I’m pretty much past wondering about ghosts.

What is your biggest fear?

To read more on Black Goddess please click a vendor's name Mocha Memoirs Press -Amazon
Tom Olbert lives in Cambridge, Massachusetts; cradle of the American Revolution, and home of University egg heads and kooky liberals. He loves it there. His work has most recently appeared in Musa Publishing. Previously in Mocha Memoirs Press, Eternal Press, and such anthologies as Ruthless, Fading Light: An Anthology of the Monstrous, Something Wicked Vol II, In the Bloodstream, and Torched. When he’s not working or writing sci-fi or horror, Tom volunteers for causes he cares about. He comes from a most interesting family; his mother, Norma Olbert is currently self-publishing a biography of the life of Tom’s dad Stan Olbert, a retired MIT physicist and veteran of the Polish underground during WWII. Tom’s sister Elizabeth Olbert is an artist, art teacher, and avid lover of horses. Learn more about Tom Olbert on his blog Other Dimensions.
Character Interview Tom Olbert