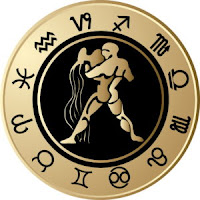 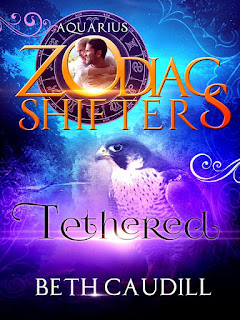 Evelyn Brooks lives with the freedom only her kind can know—in her human form as a photographer, and in the skies as a falcon. When a stalker drives her from her home, Evelyn discovers a beautiful, wild sanctuary in North Carolina. After a bolt of magic knocks her from the sky, leaving her helpless, she realizes too late that danger has invaded her refuge.

Park ranger Lawke Morgan’s day goes from bad to worse when his ex-wife unexpectedly drops off their 13-year-old daughter, Zoe, in the beginning of a dangerous storm. His life takes a turn for the bizarre after he finds an injured Peregrine falcon that transforms into a lovely woman.

When his daughter is kidnapped by an Aztec priest, one who should have been dead for centuries, Lawke learns that Evelyn holds the key to the priest’s demands. Together they must confront blood sacrifices, defy ancient gods, and find a way to trust each other when Zoe’s life hangs in the balance.

Can a woman used to soaring amongst the clouds embrace love with a man firmly rooted on the ground?

Aware of his eyes on her, she wiggled out of her jeans. Next she stripped off her shirt and let it fall to the floor.

He stood before her in his shorts. Her gaze locked in on his ribbed, muscular chest. She wanted to photograph him. Up close and very personal. Know every inch of him. Rub herself against all that hot, hard flesh and lick her way down his chest.

His throat cleared. “What are you thinking?”

His arrogant smile ticked her off.

“What were you thinking about? Your eyes got this faraway look and you were rubbing your fingers together.”

“That is none of your business.” Heat crept down her skin.

He took her hand in his and pulled her against him. “If you were thinking about me, then it’s entirely my business.”

His chest muscles rippled beneath her touch and his heart thumped to a wild beat. She inhaled the masculine scent of the wild outdoors. Found herself drawn closer to him. Yearning for so much more.

He tilted his head down and kissed her. Like a man drowning and only she could save his life.

She moaned and pressed against him, wanting so much more.

He lifted her in his arms, carried her to the couch and laid her down. His weight settled against her, and his hard cock nested between her legs. It was torture not having him inside her.

His blue eyes glittered with need as he stared at her. “Do you want this?”

“Yes.” Her breath caught in her throat. More than she imagined, she wanted to be his. Even if it was only this one night.

He leaned down and kissed the side of her neck. Her eyes fluttered closed as his stubble rubbed against her skin. Her body softened while she wrapped her arms around him, drawing him closer.

His fingers unhooked the clasp in the front of her bra, exposed her breasts to his gaze. She was thankful for finding a supplier for that particular style. His lips locked around her nipple. Heat pulsed throughout with each suckle he made.

Her hands slid under his shorts to glide over his taut buttocks. She grasped them and pulled him closer. There was a strength within his body that she wanted to explore. To engage with in pleasurable battle.

He lifted his head, and their eyes locked. His normally light blue eyes blazed a dark sapphire. “You’re beautiful. All mine to enjoy.”

The intensity of his gaze inspired a well of feminine desire to soften her hunger. Their passion was more than just sex. She wanted to be his, to surrender to the ferocity of the need to mate with him.

Outside, lightning flashed and the loud thunder boomed so close that the cabin shook. The storm reminded them of its presence.

She pulled his head down and bit his lower lip. He growled and hungrily took her mouth in a frenzied kiss. His tongue swept in, tangled with hers in tempestuous kiss. Nothing existed but the fevered rush of his touch.

Needing to breathe, she wrenched her mouth from his, gulped in air, and tried to regain her thoughts. “You’re dangerous to my peace of mind.” 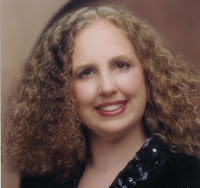 
Although Beth grew up in West Virginia, she currently resides in North Carolina with her husband, two sons and a Cavalier King Charles Spaniel who makes an excellent lap warmer. Blending the analytical and creative sides of her brain, she delights in creating fantasy worlds for others. Catch her online most days except when NCIS and Once Upon a Time air.