June 19, 2016
COMING HOME is a Regency historical originally published in hardcover by Robert Hale Ltd. This wonderful book is now released as an e-book. 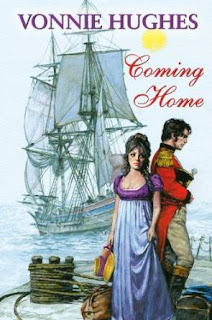 In the aftermath of a vicious rape, Juliana Colebrook shuns all men apart from the injured soldiers she nurses. Orphaned and alone, she desperately wants to leave Portugal for the protection of her relatives in England. However, there is still one man who invokes her admiration: Brigade-Major Colwyn Hetherington, with his self-deprecating sense of humour and innate sense of duty.

So when Colwyn is offered a dream job managing a large estate in Wiltshire, Juliana asks him to escort her back to England. But Colwyn has troubles of his own and when he is forced to reveal the nature of his woes to a stunned Juliana, everything changes. Mired in danger, who can Juliana trust? And what of Colwyn’s warning that families bring only trouble?

When Brigade-Major Colly Hetherington meets Miss Juliana Colebrook, he gives her a black eye. After the Battle of the Douro on the Iberian Peninsula he is severely wounded and only semi-conscious, but he is still coherent enough to know that he is behaving just as his father had predicted when he threw Colly out of the family home five years previously. Colly cannot be trusted around women.

Miss Colebrook, however, sees in Colly a wealth of kindness and a willingness to assume responsibility. She observes that he cares about the soldiers serving under him. If only… 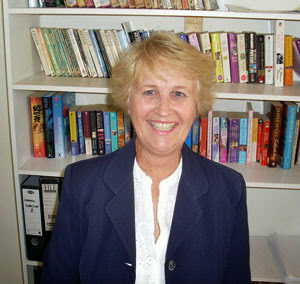 Vonnie Hughes is a multi-published author in both Regency books and contemporary suspense. She loves the intricacies of the social rules of the Regency period and the far-ranging consequences of the Napoleonic Code. And with suspense she has free rein to explore forensic matters and the strong convolutions of the human mind. Like many writers, some days she hates the whole process, but somehow she just cannot let it go. Vonnie was born in New Zealand, but she and her husband now live happily in Australia. If you visit Hamilton Gardens in New Zealand be sure to stroll through the Japanese Garden. These is a bronze plaque engraved with a haiku describing the peacefulness of that environment. The poem was written by Vonnie.