Everything was perfect--until it wasn’t….

Luka had everything he thought he wanted. A gorgeous fiancee he loved, an amazing job as a fight director, and a bright future. That is until the love of his life exacted the ultimate betrayal. Alone and humiliated, he focused on work. Or could he? Just when life couldn’t be more confusing, in walks Jagger to fill the acting role his ex left vacant.

Jagger couldn’t believe his luck when he received a last-minute call asking if he was interested in joining the cast at a theatre in Valleywood. Without hesitation, he packed a bag and flew out. Nothing could dim his excitement, or so he thought. Then he met his mate, Luka. Just days before, his mate had been set to marry another but instead was left heartbroken. No matter the cost to his own psyche, he would do what it took to make Luka whole again. But something is looming in the background that neither of them is prepared for.

Can Luka learn to trust and love again, or will he forever be fighting Jagger? 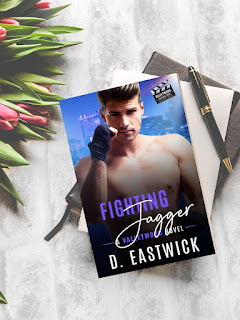