The Right Stuff by HL Carpenter

The utility worker who knocked on the door handed over a green sheet of paper and a bit of unexpected news. Due to a leak, the water main supplying water to our house had to be repaired. The water would be shut off for at least six hours, and we'd be under a "boil water" advisory for a minimum of two days following the repair.

Given the severity of water issues suffered by others, the brief interruption in our service was nothing more than a minor inconvenience. And yet every time we reached for the faucet to fill a glass, we were reminded of how much we take for granted in our everyday lives.

The hero of our book, Pirate Summer, learns a similar lesson when she travels back in time two hundred years to save her brother. Josey's thirsty, dirty, and surrounded by "water, water, everywhere, nor any drop to drink," as the old poem goes. And – horror of horrors – her cell phone doesn't work either.

Like Josey, we've developed a new appreciation for the value of daily desiderata. Clean water, abundant food, a safe, warm home, people we can trust and believe in, and who trust and believe in us — we are fortunate indeed, and these days we make a point of taking time to recognize and acknowledge what we once might not have noticed.

What about you? What are you taking for granted? We look forward to reading your comments. 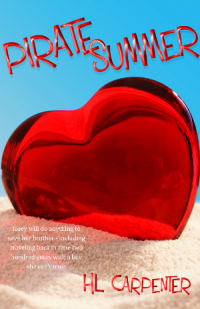 Fifteen year old Josey is a liar. She’d like to stop. But after Mom left, the lies started popping out, like the time Josey left her little brother at the library and told Dad he’d run away.

Then Josey meets a boy who tells bigger whoppers than she does. He says he’s the son of a privateer who’s been dead two centuries. He’s so convincing Josey’s brother believes every word and sets off to find the privateer’s hidden treasure.

When her brother disappears, Josey is sure she knows where he's gone. But everyone thinks she's lying again. Everyone, that is, except the so-called privateer’s son. He knows she’s telling the truth because jeweled riches are only part of his tale. There’s also the snooperscope, a device that makes time leaps possible, like the one that brought him to the present.

The story is fantastical...and yet Josey will do anything to save her brother, including traveling back in time two hundred years with a boy she can’t trust. 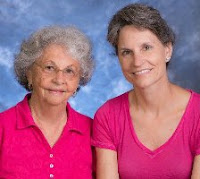 Florida-based mother/daughter author duo HL Carpenter write sweet, clean fiction that is suitable for everyone in your family. The Carpenters write from their studios in Carpenter Country, a magical place that, like their stories, is unreal but not untrue. When they’re not writing, they enjoy exploring the Land of What-If and practicing the fine art of Curiosity. Visit their website to enjoy gift reads and excerpts and to find out what’s happening in Carpenter Country. Stay connected on Pinterest, Linkedin, Google+, and their Amazon Author Page.
HL Carpenter Pirates