Improve your memory with Sara Daniel

Most of us are probably not going to end up with amnesia so severe our memory of the past ten months is completely wiped out as happened to my heroine Gwen in A Bride Worth Fighting For. However, if you’re anything like me, you walk into a room intending to do something, which had to be important since you went there with a purpose. But now you’re standing inside the doorway with no earthly idea what you walked all the way across the house to do.
Or you’re all ready to run some errands…if you could just find where you left your darn car keys. Really, how far away could they have disappeared in the two hours since you last drove the car??? Clearly, it’s time to address the problem. And the problem is not the keys.
Below are ten foods which have been scientifically proven to deliver health benefits to your brain—improving memory, focus and concentration. So, let’s start eating!


1. Blueberries – All berries are good options, but blueberries are the superhero food choice! Blueberries protect the brain from oxidative stress and may reduce the effects of Alzheimer’s, dementia, and premature aging.
2. Salmon – Salmon is high in Omega-3 fatty acids, which are essential for brain function.
3. Broccoli – Broccoli has nutrients for healthy blood flow, protection against free radicals, and removes heavy metals that can damage the brain.
4. Beans/Legumes – These excellent sources of complex carbs and fiber provide a steady supply of glucose for the brain without the risks of sugar spikes. They are also packed with folate, a B vitamin critical to brain function.
5. Avocados – Although high in fat, the avocado is a monounsaturated fat, which promotes healthy blood flow to the brain. Their antioxidants protect the brain from free radical damage. They also contain potassium and vitamin K, which protect the brain from the risk of stroke.
6. Pomegranates – Either the seeds or the juice will do, protecting the brain from free radicals with their strong antioxidants.
7. Sunflower Seeds – These, along with other seeds, are packed with protein, omega fatty acids, B vitamins, and tryptophan, which the brain uses to boost mood and combat depression.
8. Whole grains – If you’ve ever bought whole grain bread, the advertising on the package probably shouted that whole grains reduce the risk of heart disease. And if your heart’s healthy, that’s good news for your brain.


9. Almonds and other nuts – Nuts are extremely good for the brain and nervous system. High levels of vitamin E protect against dementia and cognitive decline by protecting the brain against free radicals and improving brain power.
10. Chocolate – Chocolate, especially dark chocolate, has strong antioxidants and can improve concentration and focus. It also stimulates the production of endorphins, putting you in a good mood.
Now, excuse me while I munch on some chocolate-covered almonds and look for my car keys!


Here is a peek at the latest Wiccan Haus release from Sara Daniel. 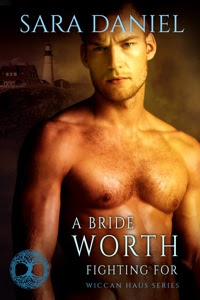 If she remembers the past, they won’t have a future. Gwen Fairfax awakens in a hospital, deluged by stabbing head pain and unable to remember anything about her past, especially the man who claims to be her fiancé. A trip to the Wiccan Haus is her only hope to discover the woman she used to be, understand her mysterious dreams about a resort, and fall in love with the man she’s supposed to marry.

To stop his stepmother’s land development schemes from ruining the natural habitat he’s dedicated his life to preserving, Tucker Wilde is willing to do anything, even pretend to be engaged to the woman his brother left at the altar. But he isn’t prepared for the sweet, vulnerable woman to tempt him at every turn until he longs to give in to the temptation.

The more Gwen gets to know Tucker, the more she’s certain he’s a man worth remembering. But if the Wiccan Haus heals her memory, he’ll have to fight to keep his bride.
EXCERPT
“This week is for you, Gwen, not me.”

She shook her head as they stepped into the elevator. “It’s for both of us. Just because you’re helping me get my memory back doesn’t mean you should have any less of a vacation.”

If he wasn’t enjoying himself, why would he want to share his life with her? Up until dinner, his complete focus had been on her, but his eyes didn’t shine when he looked at her the way they did when he talked about his conservation efforts.

Just because they were engaged didn’t mean their relationship had been perfect before she’d lost her memory. By paying attention to what he loved, she could strengthen their bond or discover if they were right for each other at all.

As the elevator crawled upward, she glanced at him, unable to believe he wasn’t right for her. Not only was she comfortable with him, their chemistry compounded with every passing moment. The real question was if she fit with him, but she didn’t know herself well enough to answer.

The elevator doors opened, and Tucker placed his palm against her back as they exited. A few steps later, they stopped in front of her room. “This is you,” he said.

“Yeah.” Now what? She had no idea how to wrap up the evening and no past experience to fall back on. “Would you like to come in for a cup of coffee?”

He raised an eyebrow. “Is that a euphemism for something else?”

Oh gosh. She might not have a memory, but she understood what she’d implied. She forced a laugh to cover her embarrassment and deflect the sex offer she definitely wasn’t ready for him to take her up on. “Apparently, you’ve gotten engaged to a clichéd and trite woman. I fell asleep so fast earlier, I didn’t notice if the room had a coffee pot.”

His lips twitched. “I would never get engaged to a cliché. Don’t sell yourself short.”

She rubbed her temples. If he’d been attracted to something unique and special about her, she’d like a clue what that thing might be. She enjoyed getting reacquainted with him, but getting to know herself proved far more unsettling. “Okay, no coffee and no euphemistic coffee. Uh, good night?”

“A goodnight kiss?” he suggested.

She dropped her gaze to his full pink lips. How many times had those lips kissed hers before? She wanted to remember, but she couldn’t handle the intimacy of a full, deep kiss when who she was remained elusive.

Rising on her tiptoes, she brushed her lips over his cheek, scratchy with his customary beard stubble. The touch warmed her, inviting her to linger and explore his face. Instead, she pulled away. 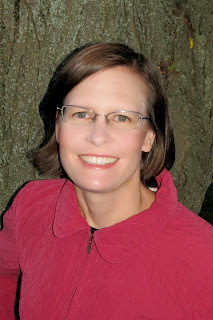