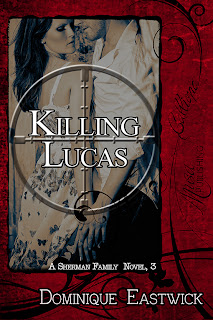 
Lucas Sherman wanted one thing in life. Never to set eyes on his ex-fiancé Kiloran O’Connor again. But no one said life was fair. Now with a stalker hunting both of them Lucas is forced to put his distrust and hatred to the side to keep them both alive.


Kiloran only ever wanted to keep Lucas safe. But no matter how hard she tries danger seems to be a step behind them. Now creating a public front can she break through the wall Lucas has erected around his heart? Those same walls she helped cement.


Can true love conquer and forgive all or will it kill them both?


Her scream echoed through the large house. Lucas didn’t wait for a second for Kiloran to scream again. He was running full speed nearly tripping over the puppy sleeping in the kitchen door.


He took the stair two at a time and met Kiloran dressed only in a pair of underwear in the hallway coming straight at him. She was pale—and that said something, as she was always pale. Only the splattering of freckles across her nose and cheeks gave her any color. She wrapped herself around him with a death grip.


She buried her face deep into his shirt shaking her head. Good Lord, she was trembling. He forced her back to look at her—a mistake, a snow her perfect breasts were staring at him. Coral-colored nipples that he wanted to take into his mouth were perky and erect. He had been too long without sex. Looking back at her face, Lucas leaned down to force her to look in his eyes.


“Where?” Lucas knew damned well who he was.


“Bathroom.” She pointed a shaking hand in the direction of her room. He halted when she grabbed his shirt. “Please don’t leave me.”


Lucas pulled her to him and headed to the bedroom. Stopping only long enough to grab the blanket off the foot of the bed, he wrapped it around Kiloran and forced her to sit on the bed’s edge. “I will be right here.”


She nodded, enfolding the blanket around her tighter. Moving into the bathroom, his gaze went to the large mirror along the length of the wall over the two sinks. In big red letters was a message:

Get to know some of the Sherman Cousins in these Short Stories.﻿ 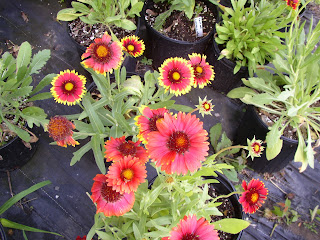 by Emma Lane Gardens grow of their own volition. You labor with the lay out and lovingly place the plants. By the third year, your garden has selected what it will and will not accept. But it’s gorgeous, healthy and you wouldn’t change a single thing. (Okay, maybe you’ll move that fragrant dianthus in front of that balloon flower which is taller.) Some of it is your fault because you couldn’t resist that church sale and your neighbor shared several perennials. Status normal. Allow your garden nostalgia. You show it off by saying, “I got that one for next to nothing on sale, Susan Smith gave me that one when she moved to Florida, I miss her so! My mother-in-law finally broke down and shared that rose. Would you believe how she can make cuttings and root them?” This iris came from … and that one came from… SEASONAL: Do plan spring shrubs/bulbs which are so welcome. Fall red/yellow leaves. INVASIVE: When someone mentions the plant is invasive, believe it! I love the gol
Read more