Jason Bourne helped make me the writer I am today. I know it’s probably an odd statement to make, but hear me out. 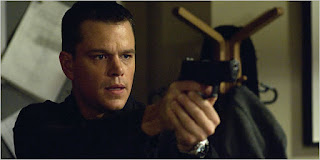 From my 1st and only Disney movie as a child, The Rescuers, to my favorite TV show as a middle schooler, The A-Team, I was always intrigued by the good guys winning and the villains getting what they deserved. I grew up on suspense, and, unlike many romance writers, I didn’t start reading romance until I was in college. The stories I read then were good, but I often felt like they were missing something.


Shortly after college, I decided to try writing my 1st romantic suspense, and I focused on writing the type of story I thought I had to write, one with a heavy dose of romance. Of course, at times I had a blast, but I also felt caged into a specific type of story. For a while, I wasn’t sure I’d be able to complete a romantic suspense because I spent so much more time on the suspense angle and that’s where I was comfortable. Truthfully, I struggled with whether I could make it as a romance writer or if I even wanted to anymore.

Then came The Bourne Identity. Now, I’ll be honest with you. The initial draw for me was Matt Damon, but then I really got into the story and analyzed all different aspects of it. The character of Jason was so fascinating and so complicated. I mean, he was technically a killer, a villain, and yet here I was rooting for him to come out on top. But as I sat on the edge of my seat, I also found myself hoping and wishing he’d find his happily-ever-after with Marie. As much as the suspense kept hold of me, the romantic in me still sprung forward. I soon began to realize it was possible and permissible to have a great suspense story with just a touch of romance. It was like, at that moment, I finally had the “go-ahead” to write stories with as much or as little romance as I wanted.


After that movie, I no longer worried about too much or too little romance in my romantic suspense stories. I just wrote the stories that had to be told and played with various amounts of romance and suspense. In my current release, HER HIGHLAND CHAMPION, the emphasis is more on the romance than the suspense, but that’s okay with me because that’s the way my characters, Malcolm and Heather, demanded it be written. In my next release, FRACTURED PARADISE, suspense plays a slightly larger role, and in yet another current submission, the romance takes a back seat to the suspense. Nowadays, I’m so much happier as a writer because I’ve learned through the years that ultimately, the most important thing is writing the story I need to tell exactly as it’s meant to be. 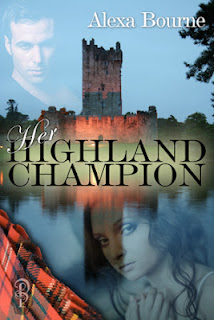 
So thank you, Jason Bourne, for making me the writer I’ve always been meant to be.