IN PROPER PROPORTION by HL Carpenter

So there we were, with a packet of strawberries threatening to go soft and the need for a recipe to make good use of them. None of the sauce recipes we found called for as many berries as we had. 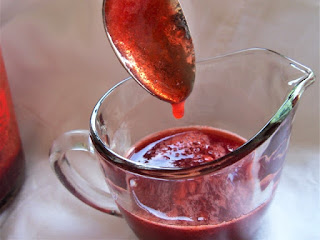 And then we realized all the recipes could be reduced to proportions. In this case, the proportions were 1:1:2, meaning that as long as we used 1 part water, 1 part sugar, and 2 parts strawberries, we could adjust the quantities to achieve the result we wanted.

Once the sauce was made and we were eating vanilla ice cream with strawberry sauce topping, we began to think of all the ways we use proportions in our writing.
Here are two examples.

Book covers The Golden Ratio or Golden Mean is a mathematical concept that creates a symmetrical, eye-pleasing composition. Yes, we know—math! EEK! Thanks to web-based calculators, you don't actually have to do the calculations.

But understanding the idea that proper proportions are an important design element will make your book covers naturally attractive. As a bonus, you can use the Golden Ratio to design your logo and website, and to choose the right text size and spacing for your printed marketing materials, such as bookmarks. Time management Much as we'd like to write ALL THE TIME, we schedule our days to include other tasks that go along with the business of being indie authors. For example, we allot 20-25% of our workday to marketing. We want to keep the results we achieve in proportion to the effort we expend.

We also need a lot of time to refill the creative well—or, as some would say, loaf around doing nothing. Here, the trick is to keep the proportion of time off to work time in harmony so we don't end up procrastinating instead of starting new projects.

Whether or not you like math—or strawberry sauce—we're sure you can figure out other ways to apply proportions to your writing. Tell us your tips in the comments!
And now a little from our fun Space Opera. W hope you enjoy it. 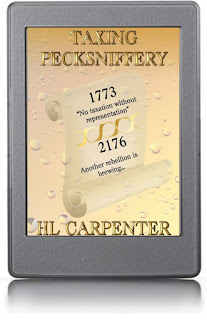 Flying frizzles! The year is 2176, a rebellion is brewing, and the boss wants a recon report. Ichann Count is all wet as a spy, but she plunges into the fray. Will she emerge with her memory banks intact?

Ichann Count is an expert at accounting warfare. She spends her days crunching numbers at the Etherworld Tax Bureau and crushing on her really cute co-worker.

When the Water Tax Rebellion of 2176 geysers to the surface, Ike finds herself—and her really cute co-worker— drowning in trouble.

Can Ike save them both? Or will events continue to burble downhill?

The biggest surprise about the Shewawa Water Tax Rebellion of 2176 was that no one on Xerios read the signs correctly.

Oh, the Celestial Council knew cosmic numbers of Shewawans were swelling the ranks of the opposition. Who could miss that? Long before the proposed Water Tax had taken effect, news reports overflowed with stories of protestors and frivolous arguments—well, arguments the Council called frivolous. The protestors were deadly serious. When civilized avenues of protest failed, they turned to more forceful ways of expressing displeasure.

Tax accountants who'd been posted to Shewawa on standard duty tour understood the brewing danger. We encountered antagonism every day, first hand. We sent urgent red-alert notices to Xerios. We nearly melted the tax hotline advising the Council's Senior Tax Commissioner of the agitation boiling in the colony.

The STC and the rest of the Council dismissed our warnings. They refused to believe a ragtag group of upstarts would challenge their authority to impose the Water Tax. So events continued to burble downhill, the way they do when no one has the courage to face the truth or the vision to chart a new course.

I never expected to get caught up in the rebellion. I was not a Shewawantologist. I was a Certified Etherworld Accountant, an expert at numbers warfare. Maybe I should have been less casual about the impact of the Water Tax, since I was part of what the protestors had begun to call the "oppressors." But in some ways, I was as blind as the Council.

As surely as my name was Ichann Count, I knew what was going to happen. I just didn't want to acknowledge my intuition or admit the protestors had a valid complaint.

Why would I? I was an ordinary Xerian, doing an ordinary job. Like a gazillion others across the Tri-Galaxies, I got up every morning, ate breakfast, brushed my ivories, and went to work. I spent my days crunching numbers at the Etherworld Tax Bureau with a hundred other CEAs. I also spent a considerable amount of time crushing on my hunky cubicle-sharer, Fifo Ventry.

The Monday the Water Tax went into effect, I sat behind my light-beam privacy curtain, working on an audit report and stealing glances at Fifo. Outside my little bubble, the office was in turmoil. My co-workers had abandoned their desks. They gathered in uneasy clusters by the main conference room, sipping hot fragrant Starshine coffee and muttering to each other.

We were all waiting for our boss to brief us on his morning's skull sessions. He was confabbing with the political factions on Xerios who wanted us to enforce the legislation as well as the Shewawan revolutionaries urging its repeal.

None of us expected the news to be good. We'd hoped to be back home in Xerios by now, but redeployment was doubtful. The Water Tax meant fathoms more work and the Tax Bureau was already short-staffed.

I wrapped up the audit report on the local branch of the AquaDrip Water Company and touched the moon-metal brooch I always wore. Dad had given it to me a few months after Mom died, when I was a skinny ten-year-old. I opened the ornate clasp and studied the hologram inside. I always studied the hologram of my parents on their wedding day when I needed strength or courage. That happened a lot.


In the picture, Mom wore a lacy bridal skinsuit. She was slender and tall, like a long drink of water, though she seemed tiny beside her imposing new husband. A cascade of dark blond hair flowed back from her intelligent face as she looked up at Dad. Her smile was insouciant and beguiling.
As always when I touched the brooch, Dad's words echoed in my mind. "Mom wanted you to have this picture so you can carry her close to your heart, Ike. When you're grown, you'll be exactly like her."

Though he too had long since passed and would never know, at least part of his prediction had come true. I missed out on Mom's beauty, but I inherited her mental acuity. Fortunately. I needed the advantage of Brainbox genes to figure out the problem at AquaDrip. The company was in serious financial difficulty.

I stared across the office at Fifo as I balanced the audit disk in my hand. Neither of the higher-ups I reported to would be happy to read my recommendation for fixing AquaDrip. Still, someone had to face the truth. I just hoped that truth wouldn't circle back and drown me.
At the same time, I knew it would.

The only question was how quickly the water would run downhill. 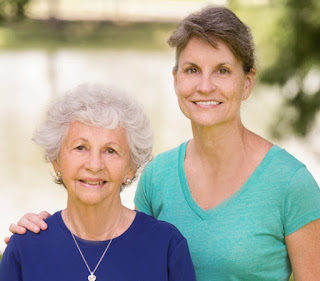 Mother/daughter author duo HL Carpenter write family-friendly fiction from their studios in Carpenter Country, a magical place that, like their stories, is unreal but not untrue. When they’re not writing, they enjoy exploring the Land of What-If and practicing the fine art of Curiosity.

Visit their website to enjoy gift reads and excerpts and to find out what’s happeni ng in Carpenter Country.