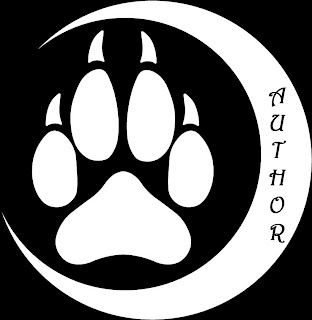 Uncaged book 25, is my second contribution to the Black Hills Wolves series. Portrait of a Lone Wolf, book 7 was my first. I can’t say enough great things about this amazing series. I love all the books, and each of the authors has been a joy to work with. I have at least two more Black Hills Wolves books coming in early 2016. There will be some fun surprises too.
Uncaged, has a special place in my heart. It’s dedicated to my late sister Christy. I was fortunate enough to have Christy spend her last months in my home. During one of our most poignant conversations, she confessed, “I thought my life would have more romance.” She had a few intense relationships and lots of drama, but never a loving romance with someone who really cared. Within a day of her passing, I started writing Uncaged, determined to give Christy the protective, understanding hero she never had in real life. I created Mitchell for Christy, but I hope you’ll love him too, because we all deserve a hero who can love us as we are. 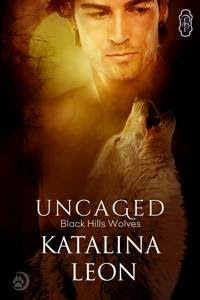 Blurb: Mitchell Waya was born to rage in a cage. Every time he competes in a mixed martial arts match, he brings two secret weapons to the ring—a raging heart and the blood of a wolf. When the beast within explodes, no man stands a chance. Scaling the heights of an international career, he’s not prepared for the tragedy and scandal that overtakes him.
At fourteen, Christy was abducted and abused by a brutal cult of survivalist. In a brave act of defiance, she attempts to escape but finds herself facing execution in a dark alley. When Mitchell appears from the shadows like an avenging angel to rescue her, she catches a glimpse of the protective wolf’s fury. They form a brief but intense bond but then Fate pushes them apart.
Four years pass. Fortunes change. Concerned about Mitchell’s welfare, Christy reaches out, but her kind deed puts her squarely in a killer’s sights, and only the courage of a wolf can save her.

“Gee!” he shouted over his shoulder. “Two cheeseburgers and fries.”
“No cheese on mine,” she added. “I’ll pay. I appreciate you taking the time to sit down with me.”
He shook his head. “Gee will put cheese on it anyway. In his mind, a hamburger comes with cheese. I’ve tried asking him to leave the cheese off mine, but he won’t do it. He’s an eccentric. I used to peel it away, now I just eat it.”
“Okay.”
“The burgers are on me. I’ve got a tab here, and I rent a room upstairs.”
“Here?” She appeared scandalized. “You live above a pool hall? I figured you owned a trophy home somewhere nearby.”
Settling into his chair. “Nope.”
“This place looks rowdy. It must be hard to sleep.”
How could he explain the clack of pool cues and blaring music filtering through the floorboards were pleasant alternatives to the angry voice in his head telling him he was a worthless jerk. “I don’t mind.”
Drumming her fingertips on the table, she glanced around. “So, the Tex Wilkins story is true? You really are broke?”
“Disappointed? You sure don’t look like a gold digger.”
She didn’t skip a beat. A spark of compassion shone in her eyes. “You deserve better.”
Her words sounded convincing as if she did care. He took a long look at her. Even a half-dozen layers of frumpy clothes didn’t obliterate a graceful frame and hint of soft curves. Tons of wild auburn hair tumbled in waves around her face. Her lush lips sent conflicting messages. A new terror entered his thoughts. He half feared she might be one of the women he’d hooked up with on the circuit and long forgotten, or didn’t recognize minus the heavy glamor makeup. He hoped to God he’d never messed with anyone this young. “Have we met?”
She seemed anxious, almost breathless. Her lips parted. “Once.”
Panic set in. “I am so sorry if I did or said anything to hurt your feelings or mislead you. During a chunk of my life, everything moved so fast it became a blur. I’m not proud of my promiscuous behavior, but I can’t say I regret it either. If I—”
Her jaw dropped. “What are you talking about?”
He gulped. “Have we…the two of us…you know?”
Her cheeks flushed. “No! Absolutely not.”
“That’s a relief. I’d hate to forget someone like you.”
Turning her face, she stared at the wall. “I made a big mistake approaching you this way.”
He threw his hands in the air. “I told you not to come. Don’t pretend to be shocked. I thought you wanted a where-is-he-now interview. The more horrid stuff dug up about me the better, am I right?”