August 26, 2015
Author Susan Lodge, is here with a delicious recipe that is easy and delicious. Take it away, Susan. The world moves faster now and we all have time crunches that take away from home cooking. But here is the perfect meal for when you are really pressed to feed the family. 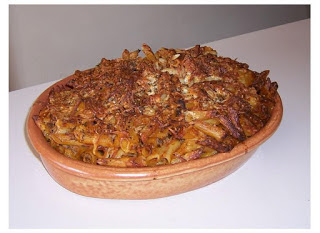 Preheat oven to 180°C or 350°F.
Cook the pasta for the prescribed time on the packet. In a large pan gently fry the onions and garlic in the olive oil for a few minutes until soft and transparent. Add tomatoes, water/wine, bacon, and mixed herbs. Season with salt and pepper. Simmer gently for five to ten minutes until the sauce has thickened slightly. Combine the drained pasta and tomato mixture and turn in to an oven proof dish. Sprinkle with cheese and bake ten minutes, or until the cheese is melted and bubbling.

Nice served with a green salad and some crusty bread.


Here is a peek at my Historical Romance releasing this fall through Crooked Cat Publishing. This is a tale of treachery and passion set against the backdrop of Nelson's Navy. I hope you enjoy it. 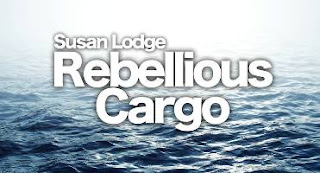 The naval frigate was his life. It was her nightmare. Spring 1803 Daughter of England’s foremost code breaker, Jane Charlesworth is the only person thought capable of deciphering a vital Government document. But when a naval frigate is sent to enlist her services and transport her to Malta Jane is filled with horror. Haunted with terrible memories of an earlier voyage, she has no intention of putting herself under the protection of the Admiralty ever again. Anxious to be at the forefront of the action, as the Peace with France crumbles, Adam Marston is livid when his ship is diverted to collect a reluctant blue stocking whose accusing eyes and insolent manner hold nothing but contempt for him and his orders. Sparks fly when Captain and code breaker find they have different ideas on how to handle a French attack, a malicious Chaplain, and boisterous midshipmen. Duty and desire collide as Malta approaches but Jane is determined that her judgment will not be clouded by the Captain who, once he has dispatched his Rebellious Cargo , will sail out of her life and back to his convoy. But as the ship docks Jane’s life becomes a nightmare and she is forced to gamble that Adam is the one person she can trust. As passion battles with duty will future orders throw them together or tear them apart? 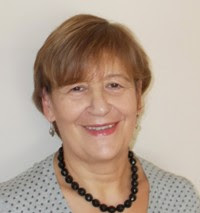 Susan Lodge’s first publication was a story for a UK national woman’s magazine. Heady with this breakthrough, she went on to write her first novel. She loves writing contemporary and historical romance, usually with a large dose of humour. Susan believes the romance genre lends itself superbly to funny moments, as love can make people act very oddly. Susan has a science degree and always wanted to be an astronaut, but instead spent most of her career in the Civil Service. She would love to secure a seat on Richard Branson’s space flight. However, to find the funds she needs to either write a best seller or win the lottery. After working in several cities including London and Bristol, she and her husband moved down to the Hampshire coast to raise their family.