November 19, 2014
Can a family be cursed to never enjoy happily-ever-after love affairs? Cerise DeLand tells all in THE STANHOPE CHALLENGE, box set, 99 cents! 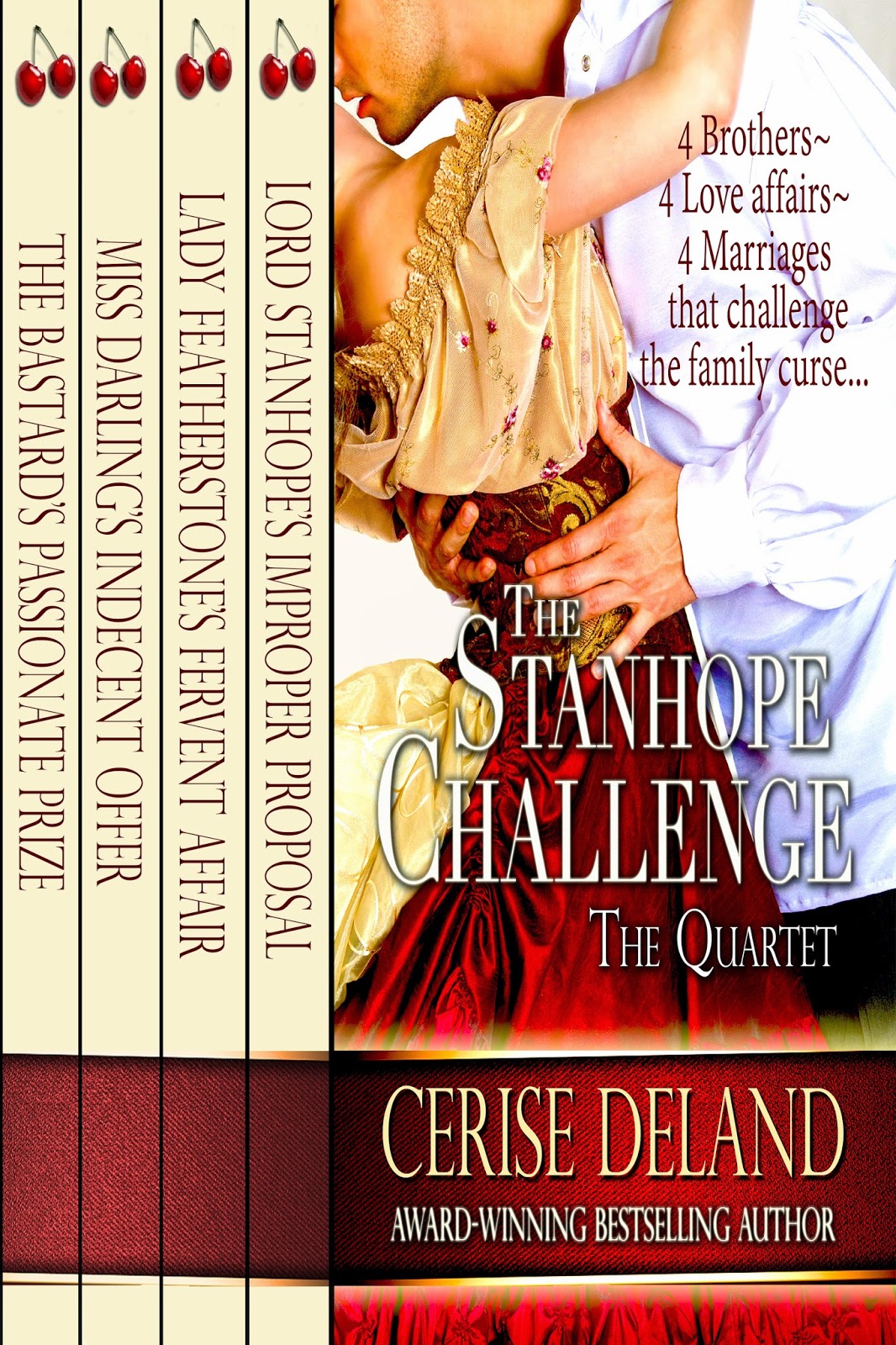 Cerise DeLand brings you the story of the Stanhope family whose members for centuries have not enjoyed any happily-ever-after love affairs!
Here’s a nibble of new cherry: 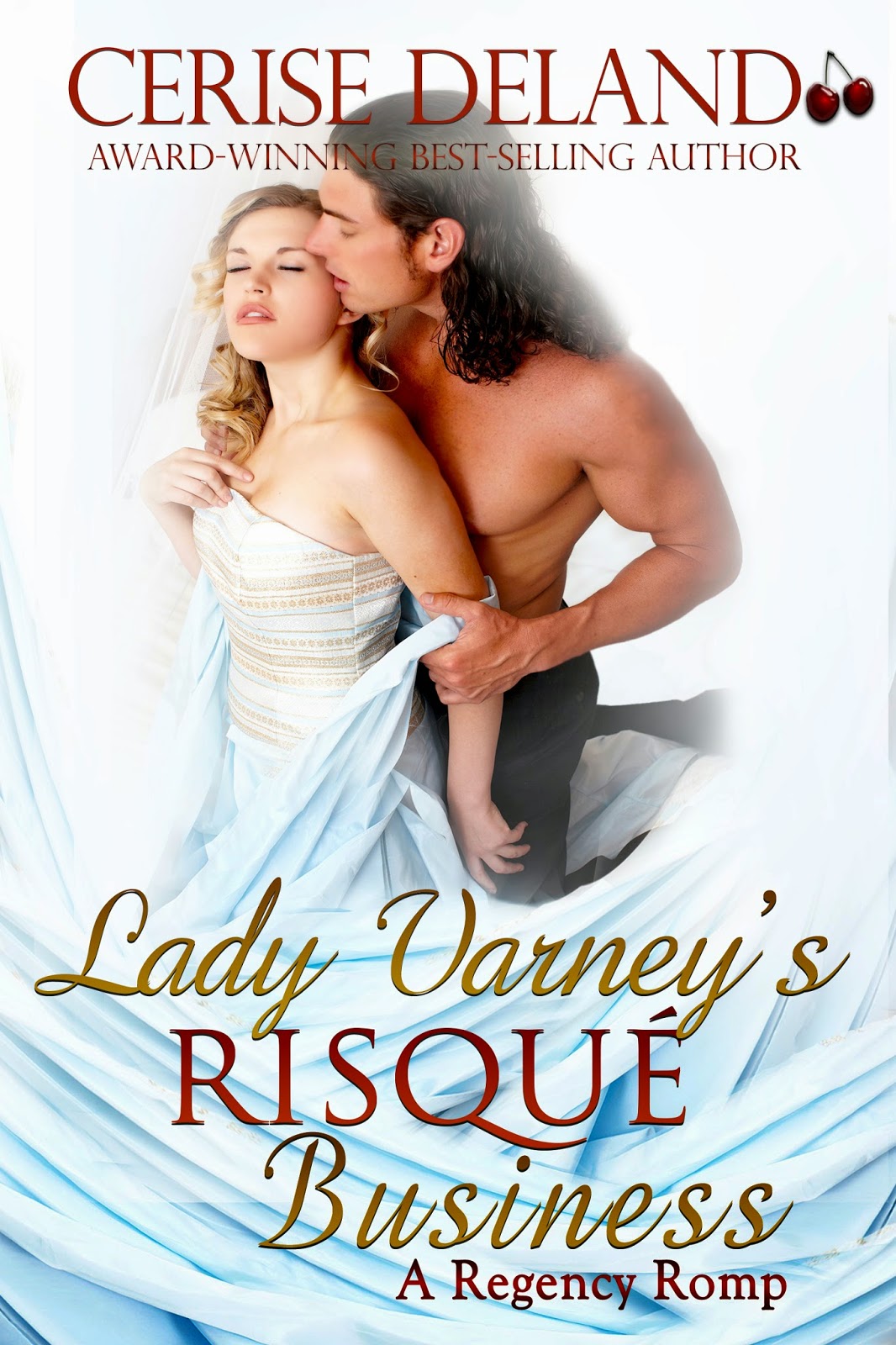 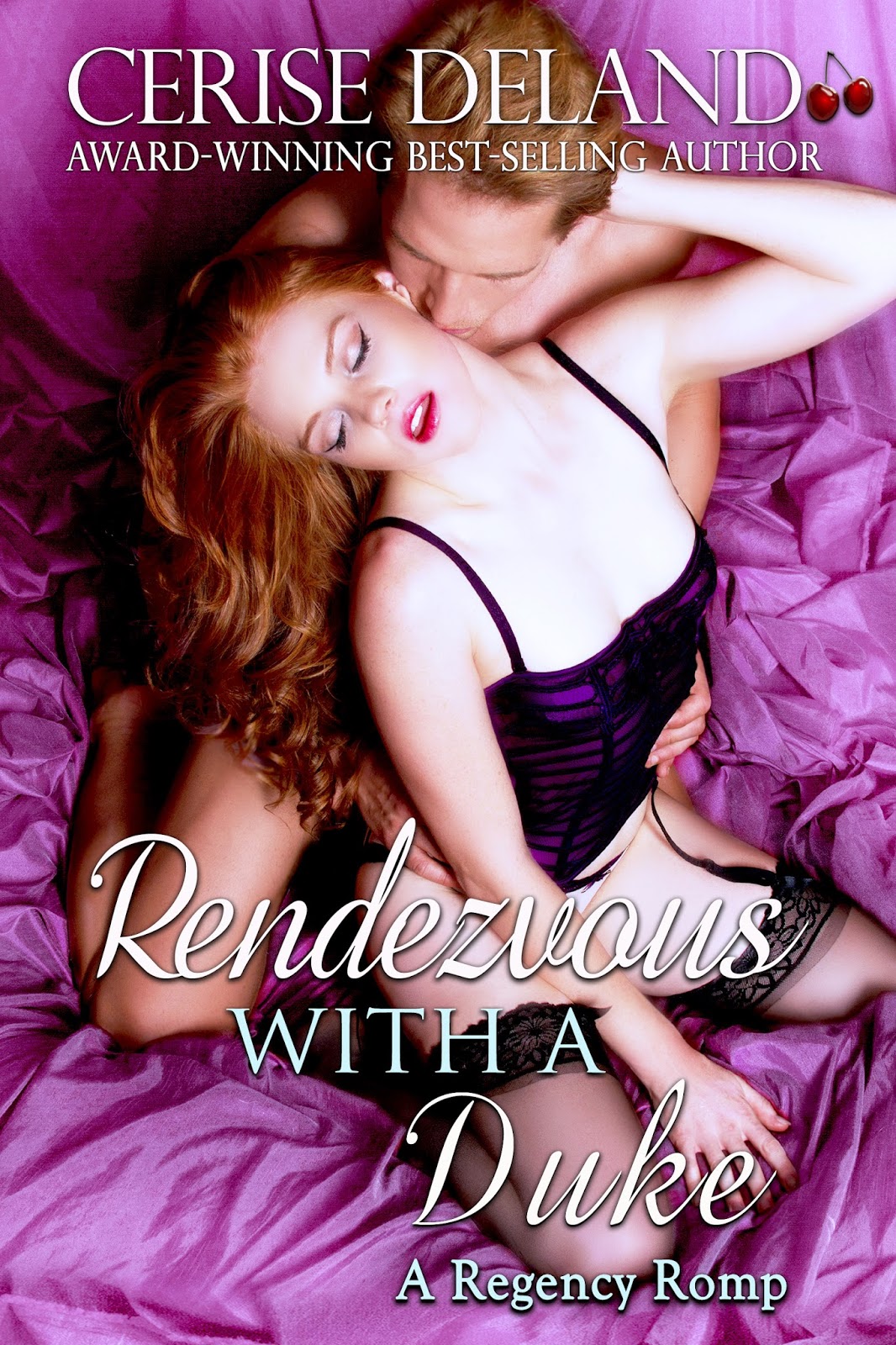 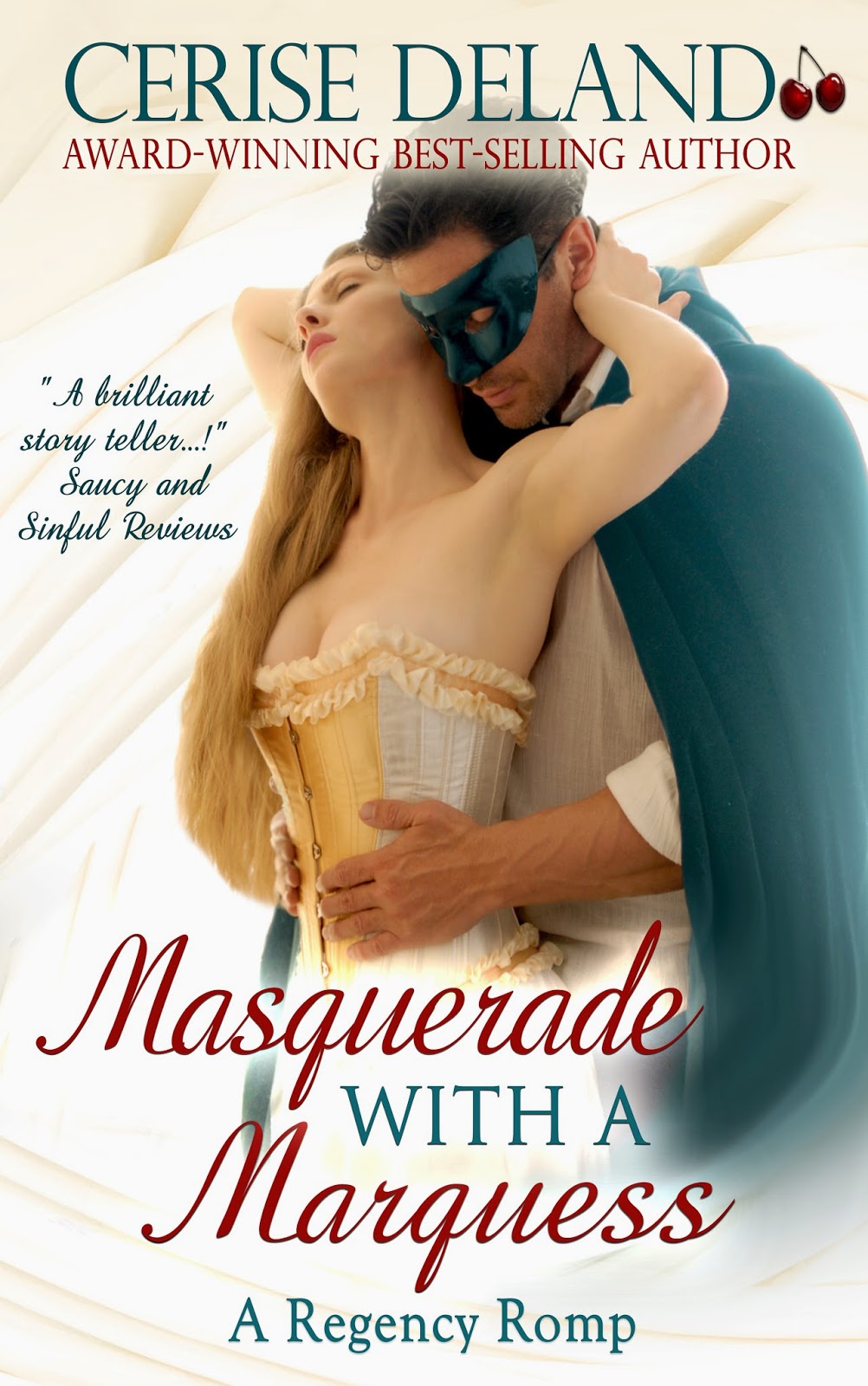 LORD STANHOPE’S IMPROPER PROPOSAL
Adam Stanhope is a politician who needs a wife. When he marries for convenience, he overlooks the fact that he cares for his lovely childhood friend more than he should.
LADY FEATHERSTONE’S FERVENT AFFAIR
Wes Stanhope is a national hero, but he’s wounded physically and emotionally. When the woman he loves wants to help him, he learns that the woman he adores can be just as courageous in the bedroom as he was on the battlefield.
MISS DARLING’S INDECENT OFFER
Jack Stanhope leads a carefree existence but when he meets Emma Darling, he realizes that in saving this woman from dastardly men is his saving grace.
THE BASTARD’S PASSIONATE PRIZE
Illegitimate Mark Stanhope expects nothing from his family, but when they save him, he in turn saves a young noblewoman who has the valor to stand against others who would abuse her.
BUY LINKS:  THE STANHOPE CHALLENGE, Regency Quartet
ARe    AMAZON   NOOK    KOBO  iTunes
Enjoy her Regency Romp series, LADY VARNEY’S RISQUE BUSINESS, RENDEZVOUS WITH A DUKE and in January, third in this series, MASQUERADE WITH A MARQUESS debuts! Here is a sneak peek at the gorgeous new cover!
Meanwhile, RENDEZVOUS has been on numerous bestseller lists for more than 6 weeks…and STANHOPE sits there now, too!
AUTHOR BIO:
Cerise DeLand loves to cook, hates to dust, lives to travel, read—and write sexy romances.  A Top 20 Bestselling author on many sites, Cerise is known for writing eloquent, rapturous stories.
Come to her blog and find FAB.U.LOUS pix of her recent trip to France, including pictures of Malmaison, Fountainebleau, Chantilly and more more more! She also gives you her version of French recipes she adores! http://cerisedeland.blogspot.com
Where else am I?
Come nibble more of my cherries at http://www.cerisedeland.com
Twitter: @cerisedeland
Facebook: Cerise DeLand
Cerise Deland guest author historical romance regency