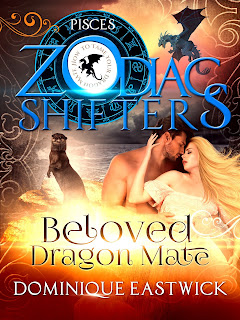 Ky the Searcher wants nothing more than to save his dying clan. Women are few and far between for the Dragons of Zambonia. With so few females born, it is now time to search for suitable mates amongst the covens of the planet. Ky and his ranger brothers have been dispersed to the four corners of the planet, tasked to find women both honorable and worthy to be dragons’ mates. But, at the first village, he finds a diamond in rough. His life mate.

The witches of Willow’s coven might be so beautiful they make a man forget his name, but below the exterior is little more than vanity and pettiness. Men come from far and wide to mate with the beauties. So why, when the Dragon Ky arrives, would he be any different? Why would he possibly see anything past the plain woman whose beauty burns on the inside? But the vulnerable within her coven rely on her. Can she take a step for what she wants and leave them at risk?

If Ky and Willow can get through a wall of opposition with a little help from a interfering otter familiar, they might find what they each thought never to have. True love.

The Storm is brewing. 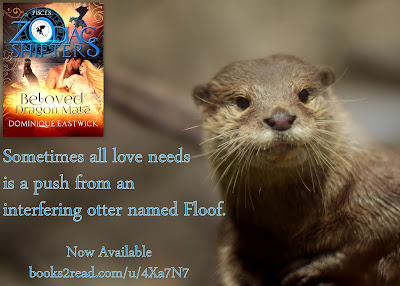 He reached for her, but she stepped back pulling her blouse off and letting her skirt drop to the dirt. She lifted her face to the sun, allowing its warmth to suffuse her before running and diving in.

Coming up for air, she turned to see him stalking her like a tiger. But this prey planned to be caught.
The only shame was his perfect body now lay half hidden by the small waves. “I told you the water was perfect and warm.”

“You are perfect.” His eyes burned into hers. “It’s about to get a hell of a lot hotter.”

“I’m counting on it.” Wading over to him, she pressed her breast against his muscular chest. She was about to kiss him when Floof (her otter familiar) showed up behind him. “Floof, you might want to paddle off.”

“Because I am about to pleasure your witch.”

Floof froze but momentum kept him floating in a circle. “Can he hear me?”

He gave her a cheeky grin. “No, but it dinnae take a genius to figure out what your sassy otter would be saying.”

“You heard my man. Unless you want to watch a show…”

“Ew, human sex. No thank you.” Floof made a beeline for the shore. After a quick shake, he scurried into the woods, likely heading back to the safety of the shack.

The moment she refocused on Ky, he lifted her into his arms, adjusting her legs around his hips and placing his erect cock in direct contact with her pussy. The intimate touch had her shivering. Kissing her, he moved them deeper until the waves lapped around her shoulders. She pulled back from the kiss, becoming one with the water.

He placed his hand on the space between her breasts and supported her back with the other. “Yer so damned gorgeous, yer like a bloody sea nymph.”

She didn’t open her eyes, just allowed her other senses to take over. His touch mingled with the water she loved so much. “Sometimes I wonder if I shouldn’t have been born a mermaid.”

“You have ensnarled me like no siren could have.” His hand moved to one of her breasts, and she moaned.

“The lake calls to me. I always wondered if it was because I’m a Pisces. No one else in the village is, and I’m the only one obsessed with the lake.”

“It does allow us privacy. I want to take you back to the beach and taste you again. Lick you as you find your orgasm.”