A SERIES IN THE MAKING by Marci Boudreaux

February 15, 2018
A SERIES IN THE MAKING
by Marci Boudreaux

Never before have I felt the need to make a series bible. Maybe because I’ve only written one series before and had no idea what the hell I was doing!

On to series two…the title is still a work in progress, but I have some ideas that I’m just waiting for my editor to tell me are crap so I can start over. (She’d say it very nicely, though.)

This new series is about a detective agency run and operated by some pretty kick ass dames who don’t take crap from nobody—especially the men in their lives. This is also completely out of the norm for me, so we'll see what (if anything) happens to it.

Meet the ladies of the yet to be named agency that will be doing awesome to be determined kick ass things! Also known as Em's imaginary friends for the next year or so.

Problem is, unlike my last series, I’m dropping all the characters into book one. Most will be in the background so I don’t boggle anyone’s brain with a huge cast. But, even so, my brain gets boggled so I gotta keep all these people and their nuances straight in my head.

And, that right there, folks, is what that whole series bible thing is for.

Since I’ve never done this before, I’m totally winging it. Pinterst pages. Word docs. Notes in two different notebooks that will eventually all be put in one place. I have pictures. Descriptions. Quotes. All kinds of things that someday, I’ll look at and go “DAMN! I totally forgot she’s got blue eyes not green!”

I’m working on getting organized enough to have all this in one place. I’ll get there. I’m just a wee bit slow, but I am taking this whole thing very seriously, y’all.

I’d love to introduce you to the ladies, but book one is still with my editor and I don’t want to jinx this series before it is even out of diapers, but keep an eye out. I think you’ll be hearing about them soon!

Until then…any suggestions on how to keep all this stuff straight? 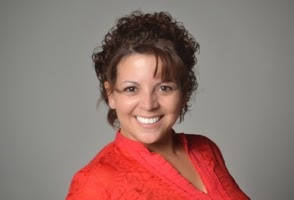 As a teen, Marci Boudreaux skipped over young adult books and jumped right into the world of romance novels. She's never left. Marci lives with her husband, two kiddos, and their numerous pets. Until recently, she was a freelance writer appearing monthly in a variety of local magazines. She now focuses on writing and her work as a content editor.

Romance is her preferred reading and writing genre because nothing feels better than falling in love with someone new and her husband doesn't like when she does that in real life.