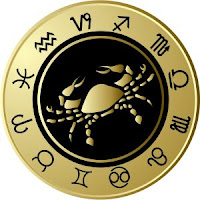 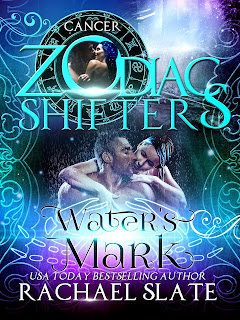 She’s as fluid as water
Cyane of the Pegaeae, spring nymphs, can cure any disease. Imprisoned for her powers not once, but twice, she’s determined to return to her people. But that means escaping her second captor, the formidable Lord of a race of crab shifters, who has no intention of letting her go. Not until she’s healed every last one of his people—a task which will drain the last drops of her powers.

He’s as rigid as stone
Theron, leader of the Karkinos, has vowed to save his people from a brutal disease, no matter the cost. So when a scintillating nymph with the power to heal them all falls into his lap, he’ll do whatever it takes to keep her within his grasp—and far from his heart. Betrayed by those closest to him, Theron’s hardened his shell so much, no one can penetrate his armor. Not even Cyane, though that doesn’t stop her from demanding the one thing he’s sworn he’ll never give to anyone again—his trust.

Only she can crack through his shell
Unquenchable passions crash them into each other, binding their destinies, and their hearts. If they can stand together and fight the darkness claiming him from the inside out, they might find a way to save not only his people, but hers as well.

Theron’s seductive taunt rippled through Cyane, making her entire body tingle with awareness of how strong her yearning had grown.

Not just for this moment of lovemaking. For Theron by her side. She longed to face the world and every impossibility with him.

She raised her fingers to caress his cheek, enjoying the breathtaking view of him, grunting and groaning as he pleasured her body and took his pleasure from hers.

For the first time, she didn’t hate her brothers for keeping this part of her nature from her. To experience this moment with Theron was right.

To be with him was right.

She’d never permit anyone to convince her it was anything else.

Suddenly, he spun her in his arms, lifting her leg this way and spinning her body that, until she was on her stomach, breathless and his heavy rigidness pulsing in the heat between her thighs. Theron’s brawny arms planted on either side of her head, those decadent muscles flexing with strength and masculinity, calling to the innermost parts of her nymph nature.

He shoved forward along the length of her body, his shaft thrusting inside her, deeper and harder, more demanding than before.

As though he could sear his mark upon her.

And make her his.

She arched her hips, matching his strokes, submitting to his branding and meeting it with hers. Searching within, she concentrated on her powers, and on the fierce passion rolling off him.

“Ughn, sweet…nymph,” he ground, the words rasping from within his chest. “Feel what you do to me.” Theron rammed his thickness inside her, consuming her. He couldn’t possibly grow any harder or longer, and his heavy weight inside her stirred her release.

She bucked against him, sliding along his erection, until the peak of her hunger wouldn’t be denied. Crying out, she muffled her face in the pillow, fingers clawing at the sheets.

His hands braced on her bottom, he pumped inside her, a sensual rocking that prolonged her ecstasy, until he joined her in bliss, roaring while white heat poured into her.

The sensation of his seed slick between her thighs and the scent of their lovemaking raw in the air swept her into a dizzying whirlwind of desire. As though, once awakened, her nymph instincts tore through her, demanding their utter satiation.

“I can’t get enough of you, Theron,” she panted, squeezing her thighs together and moaning in delight at the hardness pressing between them.

“Isn’t it clear, neither can I,” he droned, settling atop her and pressing a light kiss to her shoulder. Sighing, he rolled to his side, towing her alongside with him, so her back fit perfectly against his chest, and they curled together on their sides. His large, warm hands roamed across her body, caressing, exploring, possessing.

Slowly, as though every moment in the world belonged to them, he claimed her body again, and tightened his hold on her heart.

They tangled their bodies together, entwining their destinies. A lightness enveloped her, steeling her resolve, as though she could face any disease and come out victorious. 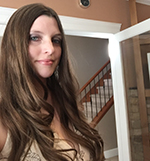 USA Today bestselling author Rachael Slate resides on the West Coast of Canada with her husband, two children, cat, and dog. Plus hummingbirds, songbirds, mason bees, and the occasional butterfly in her garden. When not writing, she's probably thinking about food (cooking, baking, or watching cooking shows). She also adores the outdoors--running, hiking, canoeing, camping, swimming, etc--so that helps to offset her culinary obsession!

Rachael writes sizzling stories that blend the lines between mythology, reality, and fantasy. In her worlds, you'll encounter strong, sexy alpha males and the fierce, capable heroines who challenge them. And always, scorching hot romance.