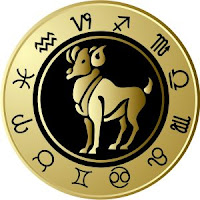 Phoenix Under Fire by Crystal Dawn 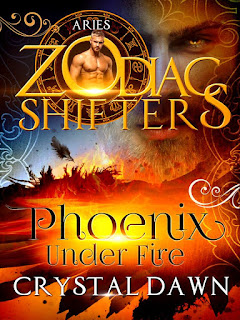 There is a battle brewing and the witches are looking for allies. Annie's father plans to force her to mate a male of his choice. She wants her fated one and casts a spell to find him. Problem solved, right?

Ramiros wakes up with sand up his nose. What happened to his nice comfortable bed? When he finds the person who dumped him on the beach thousands of miles from home, there will be hell to pay. He almost felt sorry for the fool who'd chosen to mess with a Phoenix.

Annie did as he wanted. She got in the middle so he would have room to position himself any way he wanted. Nothing was going to stop them now. Ram got on the bed and moved on top of her. He leaned on his forearms keeping his weight off her and fencing her in so she couldn’t escape.

“I’ve got you now, Annie, and I’m never letting you go.” Ram whispered in her ear. His hot breath hitting her made goosebumps rise and she writhed with need. It took almost nothing on his part to turn her on.

Lowering his chest to where his body touched hers, his mouth claimed hers in a deep kiss where his tongue licked and tasted every nook and cranny of her mouth. Heat seemed to emanate from him, more than she had expected. Annie had heard many shifters ran hot, but Ram was smoking.

His chest rumbled either with desire or the needs of his beast. It made her wonder for the hundredth time what that beast was. Rare? Without a doubt, but what could possibly justify this level of identity safeguarding? Ram began to work his way down her body licking and nipping, causing the ability to form clear thoughts to leave her.

By the time he made it to the space between her thighs, Annie was a primitive creature feeling only the pleasure he gave her. The sounds she made were animalistic as she spread her legs wide and arched up toward him. Her fingers were twisted in his hair, holding him in place.

“More.” She grunted and groaned.

Ram slid one of his large hands under her ass and cupped her cheeks, tilting her up slightly. The position opened her up further to him. With his other hand, he slid a finger into her hot, wet pussy even as his tongue worked her clit. He added a second finger and finally a third to stretch and prepare her.

When she’s not out hunting rogue vampires and werewolves, you can find Crystal Dawn out exploring the galaxy. She can do it all without ever leaving her computer. She kicks ass, takes names, and puts it all down for the enjoyment of her readers. At least that’s what I think she told me.

Writing came as a natural outlet for her overly creative mind. The start of her stories is the easy part. Finishing them is a little harder when all the stories are in there trying to get out.

She loves reading, chocolate, fine sweet wine, and traveling among a large list of pursuits. Her favorite people, after her family and close friends, are her readers who she says are some of the most wonderful people in this galaxy and the next.