October 12, 2016
Dining Like a British Lord by Carol Browne 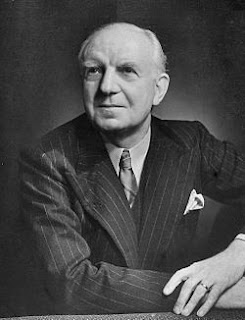 In 1941, while the subject of my soon to release novella Being Krystyna was trying to survive in Nazi-occupied Poland, the Ministry of Food was attempting to persuade the population of Great Britain to try out its latest recipe. This was the famous Woolton Pie, a savory entrée not a sweet dessert, created by the chef of the Savoy Hotel, Francis Ladry, and named after Frederick Marquis, Lord Woolton. He was a former social worker and managing director, a charming and popular figure trusted by the public who had been made Minister of Food in 1940. Many foodstuffs were strictly rationed during the war and people were encouraged to “dig for victory” by growing their own food wherever they could. Vegetables were readily available and the Woolton Pie took advantage of this.

Lord Woolton promoted his pie, along with what he called the “National Loaf,” using characters like Dr Carrot and Potato Pete, and music-hall stars Elsie and Doris Walters (broadcasting as Gert and Daisy). There were also short films called Food Flashes, ads in the press, and cookery slots on BBC Radio. Sadly, Lord Woolton’s enthusiasm for the pie wasn’t matched by that of the public.

However, the enforced changes in the nation’s diet during World War II had unforeseen and beneficial consequences. Fat, meat, eggs, and sugar were severely rationed and people had to eat far more vegetables than they had before the war. They became healthier and slimmer, their lifespan increased, and infant mortality rates declined.

There’s a message there for us in the twenty-first century. Obesity is a major problem now and perhaps it’s time to take the advice of Dr. Carrot and Potato Pete and eat more veg and less fat and sugar!

Being vegan, I don’t think the original recipe for Woolton Pie looks bad at all, but I want to add more seasoning and ingredients. It’s an easy recipe to follow and perhaps a good way of using up leftover vegetables. You could also throw in “exotic” foods not used in wartime Britain, like sweet potatoes and garlic. 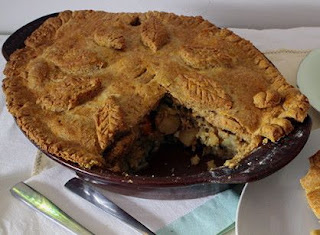 Cook all ingredients together in a medium saucepan with just enough water to cover for 10 minutes. Stir occasionally to prevent the mixture from sticking.

Transfer blend to a pie dish, sprinkle with chopped parsley. Cover with a crust of potatoes or wholemeal pastry.

Set dish on a cookie sheet and then bake until the pastry is nicely brown.

Serve hot with a side bowl of brown gravy.

Look for Being Krystyna, releasing from Dilliebooks, on Amazon this winter. 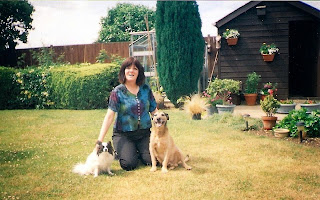 Carol Browne regards Crewe, Cheshire, as her home town and graduated from Nottingham University in 1976 with an honors degree in English Language and Literature. Carol writes speculative fiction, non-fiction, and poetry. She is also a ghost blog writer, proofreader, copy editor, and copywriter. Along with a passion for gardening, Carol is an avid animal lover. Carol lives in the Cambridgeshire countryside with her dog, Harry, and cockatiel, Sparky.Pagan and vegan, Carol believes it is time for a paradigm shift in our attitude to Mother Nature and hopes the days of speciesism are numbered. Stay connected with Carol on her website and blog, Facebook, and Twitter.
Carol Browne Recipe Recipe Wednesday