July 01, 2015
I am thrilled to host fellow Black Hills Wolves Author Celia Breslin and one of my favorite things caramel YUMMY 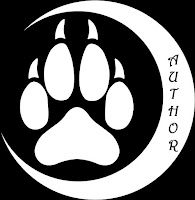 This is my grandmother’s recipe for the best caramels on the planet.  They make a great holiday treat (or present), but really, they’re sooooo good that you’ll want to make them year round. 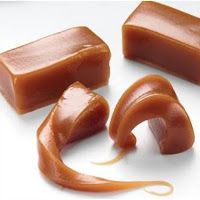 The Best Ever Caramel Candy, aka Grandma Eddie's Caramels

Mix together the first three ingredients (milk, sugar, syrup) in a large bowl.
Melt the butter in a large heavy kettle, pour in the mixture and bring to a boil.
Stir continuously while mixture boils until it reaches the temperature of 245 degrees Fahrenheit on a candy thermometer (can take up to 25 minutes).

Note: If mixture overcooks, candy gets too hard.

Once the 245-degree temperature is reached, remove kettle from stove.


Stir in 1/2 teaspoon of vanilla extract, then pour mixture onto a large buttered cookie sheet or flat pan. 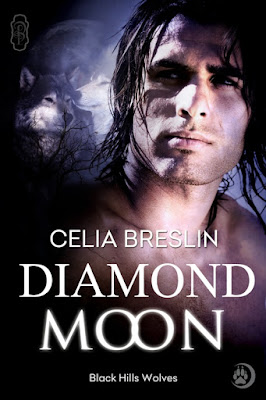 Human-wolf hybrid Darci Diamond spends every full moon locked in auntie’s basement in Southern Oregon. Her excruciating shifts terrify her, the last one causing her heart to stop beating. Seeking a cure, she journeys to Los Lobos.

Ross Luparell returns to the struggling Tao pack, using his millions made in the tech industry to build homes for pack families in need. He never imagined he would also find his one true mate. But when a hybrid with the biggest green eyes he’s ever seen lands on his doorstep in the middle of a wicked summer storm, there’s no denying it. She’s the one.

She wants a normal human life, free from pain-filled shifts. He won’t give up on her Wolf, and will do whatever it takes to help her accept her true nature. But can he convince her to trust him with her heart?

Add Diamond Moon to your TBR List on GoodReads:
https://www.goodreads.com/book/show/24983680-diamond-moon

He reached out with his Wolf senses. The feedback froze his fingers on the doorknob. Female. Damn, she smelled good. Human. Wolf. Wait…both? The copper tang of blood hit his nose. And injured.

He flung open the door. His abrupt move caught his visitor off guard, one small, white fist raised to knock. The woman startled and fell forward. Catching her, he pulled her inside, kicking the door shut with his foot.

She sagged against him, a shivering bundle of wet woman. Underneath the dampness, her scent drop-kicked his gut. Apples and cinnamon. Roses and honey. His body perked up, taking extreme notice. He fought the growl of possession threatening to tear out of his throat. Holy hell, had his potential mate just walked into his home in the middle of a storm?

The scent of her blood jump-started his brain into action. He lowered her gently to the floor. “Jesus. You okay?”

His instincts urged him to check her for wounds, but he was a stranger and didn’t want to spook her. But goddamn, he wanted to touch her. Peel off her wet clothes. See all of her. With a jacket covering her torso, tight jeans hiding her legs, and her ball cap pulled low on her face, all he’d seen so far was her quivering pale chin, full red lips, and those delicate, trembling hands.

“S-s-sorry, d-dripping all ov-v-ver your f-f-floor,” she said, teeth chattering. Her snow white fingers curled on the hardwood, arms trembling with her effort to keep herself upright. Blood streaked the wood. A line of liquid crimson slid down her jaw and dripped from her chin onto her jacket.

To hell with propriety. “You’re injured. Let me help you.” He pulled off her cap and damn near swallowed his tongue.

Big green eyes blinked up at him from a face so pale it made him think of moonlight. Drenched, short black hair lay plastered to her head, the ends framing features reminiscent of the fairies his sister loved to draw for the hidden-object games she designed. Ethereal beauty. My beauty. He stroked a knuckle down her cheek then ran his thumb over her soft, full lower lip.

She flinched and batted his hand away, falling to her side in the process.

Ross snapped back to reality with a healthy hit of guilt. “Shit. Sorry.” 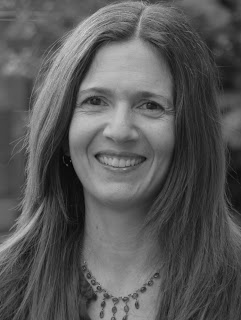 Celia lives in California with her husband, daughter, and two feisty cats. She writes urban fantasy and paranormal romance, and has a particular fondness for werewolves, vampires, and the Fae. Her award-winning vampire series - The Tranquilli Bloodline - is available from Champagne Books.  Diamond Moon is her first werewolf story for Decadent Publishing’s Black Hills Wolves shifter line.

When not writing, you’ll find Celia exercising, reading a good book, hanging with her family, or indulging her addiction to Joss Whedon’s TV shows and movies.